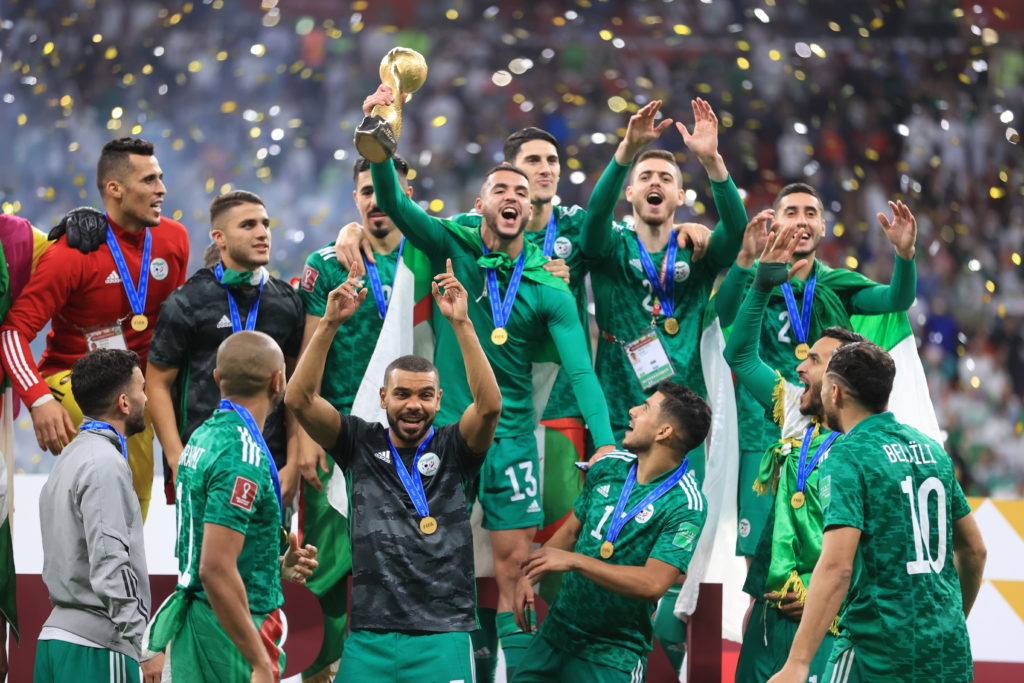 After 19 days of action and 32 exciting matches, the FIFA Arab Cup Qatar 2021™ came to a close with Algeria defeating Tunisia in the final.

Both sides enjoyed outstanding tournaments, with Egypt and Morocco also impressing. The Atlas Lions were knocked out in the last eight by Algeria, while the Pharaohs fell to the Carthage Eagles in the semi-finals.

Another team to catch the eye were hosts Qatar, who bowed out of the tournament with victory over Egypt in the match for third place.

The reigning CAF Africa Cup of Nations champions, Algeria added the Arab Cup to their growing trophy collection, with Madjid Bougherra taking charge of the team for the competition.

“I came to this tournament to learn,” said Bougherra in the press conference that followed the final.

Algeria faced some tough tests in their fine campaign, crossing swords with Egypt, Morocco and Qatar en route to the final. They emerged undefeated, recording four wins and two draws, one of those stalemates coming against Egypt in the group phase and the other against Morocco in the quarter-finals, where they prevailed in a penalty shootout to progress.

Many of the players who starred in Qatar could well be back in the limelight shortly, especially the Africans among them, some of whom have every chance of appearing at the upcoming CAF Africa Cup of Nations in Cameroon.

They include Tunisia’s Hannibal Mejbri, the Algerian trio of Ilyes Cheti, Sofiane Bendebka and Mohamed Tougai, and a Moroccan contingent that has already had a taste of full international football, such as Mohammed Nahiri, Mohamed Chibi and Soufiane Rahimi.

Qatar proved outstanding hosts over the three-week tournament. The nation will be ready and waiting next year to welcome the teams that emerge from the ongoing qualifying competition for the FIFA World Cup Qatar 2022™, a tournament that will be played out at the six stadiums that hosted the FIFA Arab Cup as well as Lusail Stadium and Khalifa International Stadium.