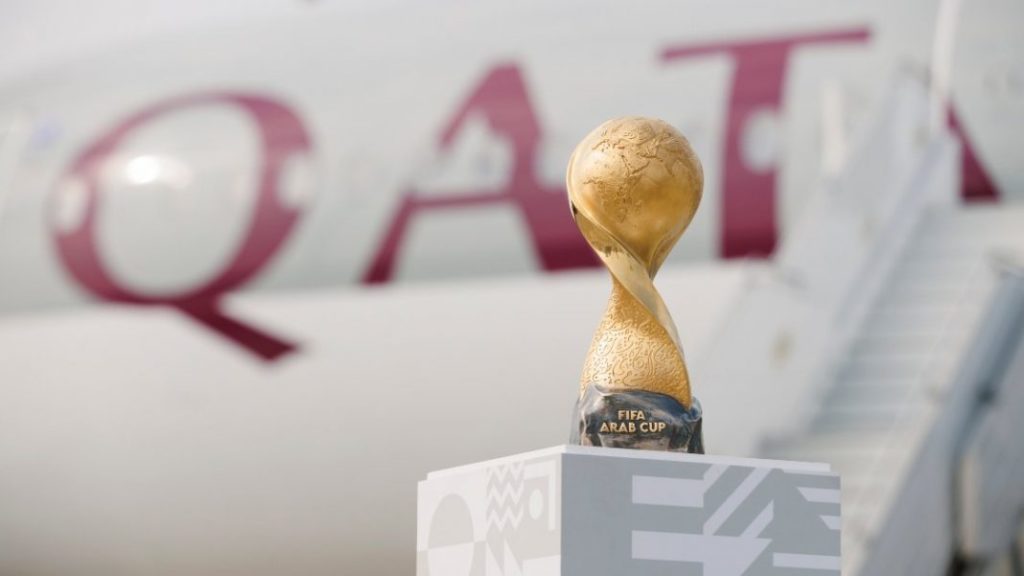 The State of Qatar promises to present a unique edition of the FIFA Arab Cup 2021, which will take place from Nov. 30 to Dec. 18 with the participation of 16 teams.

The 16 teams participating in the tournament, which is being held for the first time under FIFA supervision, are divided between the continents of Asia and Africa, with 10 teams from the continent of Asia: Qatar, Saudi Arabia, Oman, Iraq, Bahrain, UAE, Syria, Jordan, Palestine, Lebanon, and six teams from the African continent: Egypt, Tunisia, Algeria, Morocco, Mauritania and Sudan.

Despite the absence of prominent Arab teams from the group A, they are considered the strongest competitive groups in the finals of the tournament, which is re-emerging on the scene after a nine year absence in the presence of the Qatari team, along with the teams of Iraq, Oman, and Bahrain.

Four teams have reached the last eight of the 2019 AFC Asian Cup, but the Qatari team’s chances will be the strongest in qualifying in light of the competition being held on its soil, in addition to being the only team that completed the journey in the AFC Asian Cup by winning the tournament.

Meanwhile, in Group B, which includes Tunisia, UAE, Syria and Mauritania, the chances of the Tunisian team will be the strongest to secure the first qualification place in their group, while chances of securing the second qualifying position might be between Syria and UAE, though Mauritania has a chance to surprise all by their performances.

In Group C, which includes Morocco, Saudi Arabia, Jordan and Palestine, chances are strongest for Morocco and Saudi Arabia, while Jordan and Palestine have a chance to surprise all. The final group, Group D, which includes Algeria, Egypt, Lebanon and Sudan, is similar to Group C, where speculation is in favor of Egypt and Algeria to qualify to the next round and compete for the title in light of their long history in African and Arab football, while the test will be harsh for the teams of Sudan and Lebanon for what the two countries are going through spherically and politically.

During the FIFA Arab Cup Qatar 2021, Qatar broke the record for the largest number of participating teams, which was achieved 23 years ago, specifically in the 7th edition, with the participation of 12 teams for the first and only time so far in the history of the tournament. The largest number of participating teams was 11 in the eighth edition in 2002 hosted by Saudi Arabia, and 10 teams in 1966 in Iraq and 1988 in Jordan.

Doha is preparing to achieve a new record in the number of participating teams in the 10th edition of the FIFA Arab Cup, which is 16 teams, approved by FIFA. During the last two days, most of the participating teams arrived in Doha in search of their first Arab Cup title, which is being held for the first time under the supervision of FIFA and as part of Qatar’s preparations to host the FIFA World Cup Qatar 2022, a year from now.

Before the finals, the preliminary round was played last June, during which six teams, Sudan, Oman, Mauritania, Lebanon, Palestine, and Bahrain were able to reserve their spots in the finals. Jordan qualified directly without entering the qualifiers due to the infection of several South Sudanese players with the COVID-19 virus.

The seven teams joined the nine qualified automatically because of their position at the forefront of the Arab teams in the FIFA world rankings, which are: Algeria, Morocco, Tunisia, Egypt, Saudi Arabia, Iraq, UAE, and Syria, in addition to the organizing country, Qatar.

The FIFA Arab Cup returns this year to the fore again after a nine-year hiatus, as the last version of the tournament was held in 2012 in Saudi Arabia, and the Moroccan team won the title after defeating its Libyan counterpart in the final match by penalty shootout (3-1), after the original and extra time tied (1-1) for the Moroccan team to win the first title in its history. It is not strange for Qatar, which has hosted major sporting events in the world in all sports in recent years, to present an exemplary and distinguished Arab Cup, as Qatar possesses the most modern sports facilities in the world and the capabilities, making it a landmark for international sports.

The tournament will be an ideal rehearsal for organizing the FIFA World Cup in Qatar a year from now, in light of the urgent need to try all the World Cup stadiums, as well as the great turnout that the FIFA Arab Cup will witness due to the presence of different and large Arab communities in Doha, in addition to the thousands of fans who will land in Qatar during the tournament period to support their teams and watch this unique event.

Given the proximity of the stadiums and the availability of transportation, the event will be an important and also good opportunity for fans to experience the idea of attending more than two matches on the same day to live a unique experience, an experience that fans from all over the world are waiting for the first time in the FIFA World Cup Qatar 2022.