QATAR WILL HAVE 2,700 BUS STOPS BY NEXT YEAR 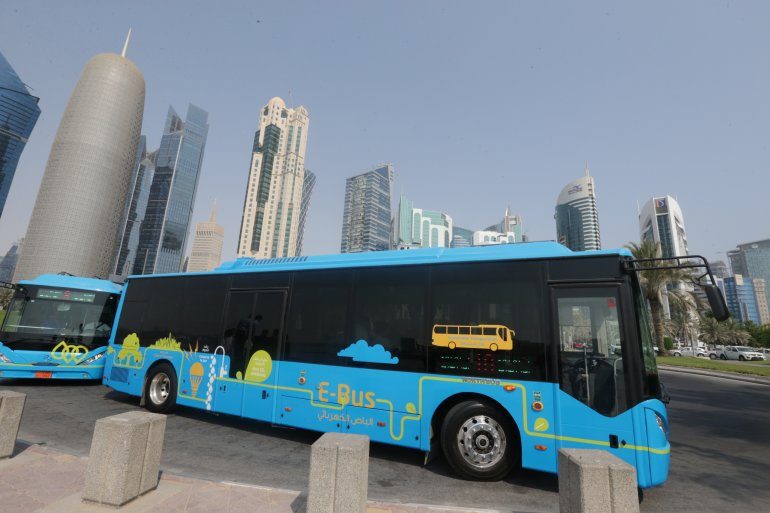 As Qatar is successfully transforming its public transport system to eco-friendly mode, the country will have 2,700 bus stops by 2022.

“Aligning with #QNV2030, the country’s public transport system will become 25% electric by 2022. This is a part of a wider effort to have a sustainable transportation system in the State of Qatar in the future,” the Government Communications Office (GCO) has said in a tweet.

In an infographic shared with the tweet, the GCO said that Qatar’s Electric Vehicle Strategy, Doha Metro and Lusail Tram offer reliable and eco-friendly transportation.

It added that over 1,100 buses will be deployed during FIFA World Cup Qatar 2022 while 25% of public transport will become electric by 2022. “Qatar is building several major stations for electric buses and will have 2,700 bus stops by 2022,” it said.

The Public Works Authority (Ashghal) and Qatar General Electricity and Water Corporation (Kahramaa), in September this year, officially began the execution of the electric vehicle strategy prepared by the Ministry of Transport in association with entities concerned.

Several executive bodies alongside Mowasalat (Karwa) and other national companies with contributions to the strategy are putting the strategy in motion according to the timetables.

Earlier in September, Director of Technical Affairs Department at the Ministry of Transport had said that Ashghal and Kahramaa would sign EV charging units contracts as agreed upon within the framework of executing the EV strategy.

Public buses, government school buses and Doha Metro feeder buses will gradually shift to electrification, thus hitting the rollout percentage that is required to reduce harmful carbon emissions from buses by 2030, in addition to honouring the concerted efforts that aim to maintain environmental sustainability.

In April, Director of Tarsheed and Energy Efficiency at Kahramaa, Abdulaziz Ahmed Al Hammadi, had said that Ashghal in coordination with Kahramaa and the Ministry of Transport was working to build four parking lots for electric buses to ferry spectators during FIFA World Cup 2022.

Al Hammadi had said that the number of electric buses would be over 1,100 and about 700 electric charging stations would be built for these buses which would provide transport to spectators during the matches.

After FIFA World Cup Qatar 2022, these electric buses would be used as public transport in the country.

In November last year, Kahramaa represented by the National Program for Conservation and Energy Efficiency (Tarsheed) had launched the Electric Vehicles and Charging Infrastructure Guideline on its website.

The guideline came to support the establishment of the infrastructure regulations for electric vehicles in the country which will encourage the spread of these types of vehicles.

It will contribute to the diversification of energy sources and the reduction of carbon emissions in the country.