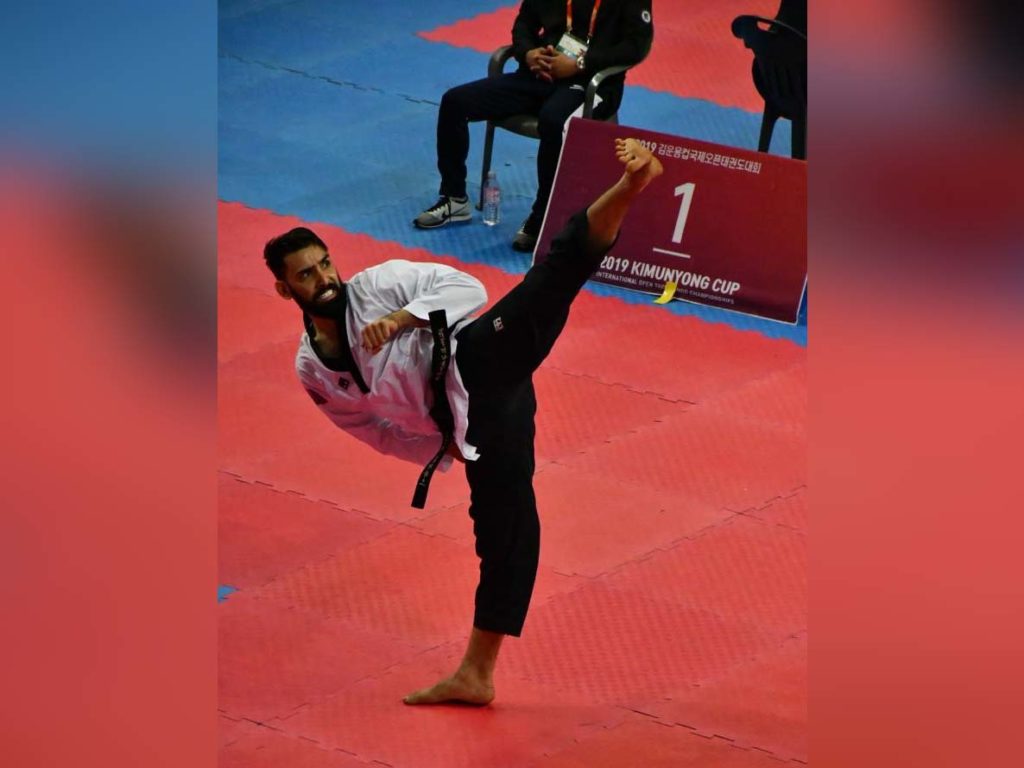 Qatar’s national team player Othman Boularas won the bronze medal in the Online World Taekwondo Poomsae Championship “Challenge 3”, organized by the International Federation of the Game, for five days, with the participation of 123 countries.

The tournament witnessed also the participation of the Qatari national team players Mansour Lazam, under 50 category and Huda Akbar, under 40 category.

Boularas managed to win the bronze medal of under-40 category, in which 18 countries participated. He is the only Arab player to be nominated for the finals in all categories, among the 18 players who participated in this category.

He praised the great achievements that the player has made at the global level, honoring the sport of taekwondo at the international level, and raising the Qatari flag in various international forums.

These achievements have been made thanks to the constant training, many external partnerships, and practices with the world champions and stars of the game, and also thanks to the unlimited support of the Qatar Olympic Committee, he said, expressing hope for the Qatari taekwondo team champions to continue achievements in the upcoming international and continental participations.