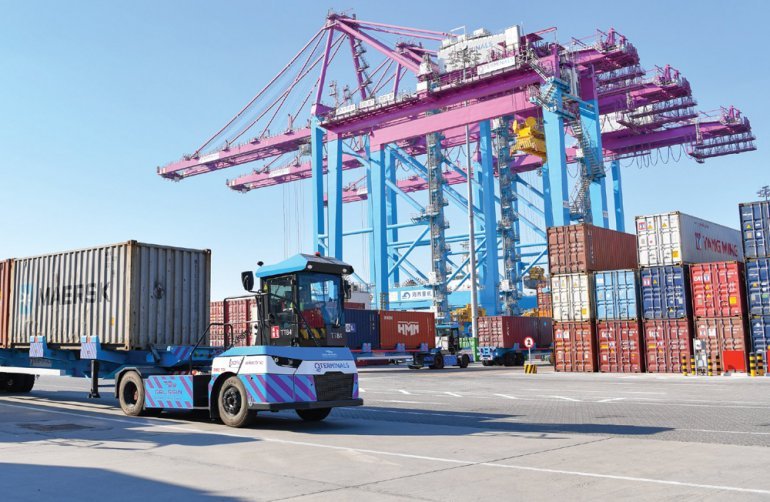 The port since the start of its operations has also handled 13 million freight tonnes of non-containerised cargo. It was announced yesterday by QTerminlas, the terminal operating company providing services at Hamad Port.

“QTerminals is proud to achieve two new milestones of handling 6 million TEUs and 13 million freight tonnes of non-containerised cargo at Hamad Port since the start of operations,” the company said in a tweet.

Hamad Port is not only becoming a hub of regional trade but the facility also maintains high standards of workers’ safety. In August this year, QTerminals had achieved five million man-hours without Lost Time Injury (LTI) in operations at Hamd Port.

Hamad Port has a uniquely-designed port control tower at a height of 110 metres, a customs inspection area for rapid cargo clearance, a ship inspection platform and multiple maritime facilities, in addition to other utilities such as storage units, mosques, rest areas, medical clinics and the offices required for port operation.

In September 2019, Hamad Port had set a Guinness World Record as the deepest artificial basin ever made on Earth. Hamad Port’s basin is 4km long, 700 metres wide and 17 metres deep. Mwani Qatar had signed a container services agreement in November 2019 with the Mediterranean Shipping Company (MSC) to use Hamad Port as a regional hub to manage trans-shipments for up to 150,000 Twenty-Foot Equivalent Units (TEUs) per year, growing to one million TEUs by 2023.

The facility also includes an emergency veterinary clinic, an integrated veterinary laboratory and an autopsy room, in addition to the administrative building and various storage spaces.