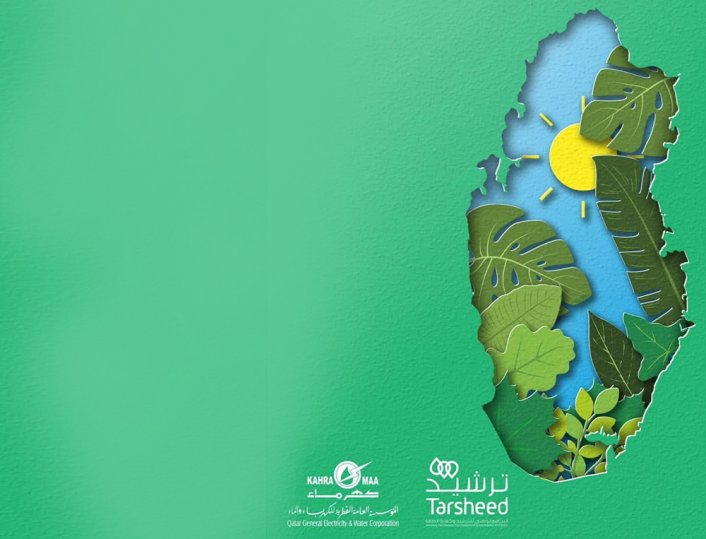 He said Tarsheed took several measures to achieve the goals of QNV 2030 by developing the National Strategy 2018-22 under which projects related to preserve environment and rationalise energy consumption were launched to build a modern state based on diverse energy sources.

To a question about future Tarsheed projects, he said: “We have fast car chagrining station which is very effective in meeting QNV 2030 goals. The fast car charging stations will be provided across the country.” He said that an environmental project is being developed to produce 800 megawatt electricity from solar panels.

“We have a project to increase the efficiency of electricity use and develop Tarsheed code to support building an energy efficient house,” said Al Sharshini.

He said that Kahramaa represented by Tarsheed created a culture of rationalisation of electricity and water consumption with the help of necessary laws and regulations to influence the behaviour of consumers. “Tarsheed also provided technical support to consumers and educated them about the importance of cutting consumption of electricity and water,” said Al Sharshini.

To a question about addressing climate change, he said Qatar is committed in providing diverse energy sources. “A number of projects have been launched in this regard such as promotion of electric cars and use of clean and renewable energies.”

He said that the energy efficiency rates of home appliances and air-conditioners have been increased to cut electricity consumption.

“We have many projects; Kahramaa is committed to the protection of environment and address climate change. There are a number of agreements such as Paris Climate Accord which requires participating countries to achieve the economic and environmental sustainability goals,” said Al Sharshini.