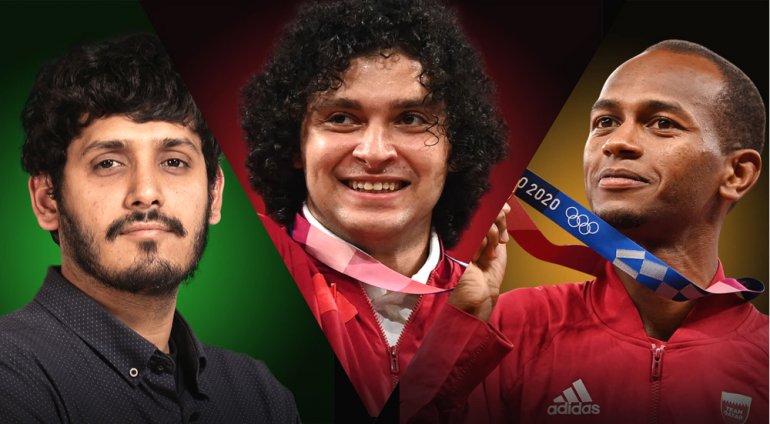 Two Qatari Tokyo 2020 Olympic Gold winners and one Pakistani entrepreneur based in Qatar were recognized in Forbes Middle East’s 30 Under 30 list of the region’s most promising young talent and brightest minds.

The 2021 list featured high jumper Mutaz Barshim and weightlifter Fares El-Bakh under the sport category. While Haris Aghadi, the CEO and Co-founder of Meddy, who is currently based in Qatar occupied a spot under the impact category, which included policy, education, healthcare, and social entrepreneurship.

In a statement, Forbes Middle East said: “The men and women on Forbes Middle East’s 30 Under 30 list, while all under the age of 30 at the beginning of this year, have already demonstrated a diverse range of considerable achievements and great potential for the future. These innovators are inspiring younger and older generations, bringing their ideas to life, and proving that you don’t need decades of experience to make a difference.”

Mutaz Barshim and Haris Aghadi both took to social media to express their enthusiasm in being a part of the Forbes Middle East’s 30 Under 30 list.

The list initially had over 300 applications which were evaluated by The Forbes Middle East research and editorial teams by conducting two rounds of assessment to shortlist 60 candidates. This is then assessed by external judges, who are experts in their respective fields, who researched, deliberated, and shared insights on who should make it in the final list.

“In making our judgments, we took into account qualitative information such as the impact that candidates have had on their industry, market, or society, and their future potential. We also looked at quantifiable data such as funds raised, awards won, revenues, the value of deals, number of people impacted, number of customers, and number of followers on social media,” Forbes Middle East said.

It also mentioned that the age given in the list profiles is as of December 31, 2020.

This year’s 30 Under 30 list was divided into six categories: sport, e-commerce, technology, finance, creative, and impact. It presented 38 individuals from 20 nationalities which are based across 11 countries in the Middle East. Out of the 30 entries, three individuals are based in Qatar.

Under the sport category, Mutaz Barshim is described as a “Qatari high jump world champion and holder of the Asian world record.” It also mentioned that he holds the second-highest jump in history at 2.43m.

While Fares El-Bakh was also recognized in the list for winning “Qatar its first gold medal at the Tokyo 2020 Olympics, competing in the 96kg category.”

For the impact category, which has the highest number of entries in the list, included Haris Aghadi. He is a Pakistani CEO and Co-founder of Meddy, which is a virtual health assistant helping “patients find doctors best suited to their needs, based on filters and reviews, and book appointments with them.” Before founding Meddy in 2015, Aghadi was an alumnus at Carnegie Mellon University in Qatar.