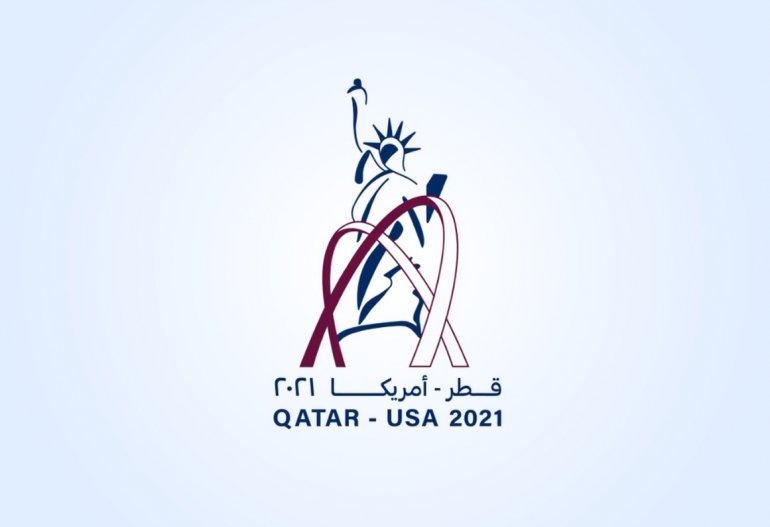 This year welcomes another cultural fiesta with Qatar-U.S. relationships being celebrated in 2021. Read on to know more about the 2021 Qatar-US Year Of Culture which was inagurated yesterday in an awe-inspiring festival.

16 January 2021 – Doha, Qatar— In the presence of Her Excellency Sheikha Al Mayassa bint Hamad bin Khalifa Al Thani, Chairperson of Qatar Museums, the Qatar-USA 2021 Year of Culture was officially inaugurated at the Katara Cultural Village Opera House on Friday, 15 January 2021, with a special concert by the Qatar Philharmonic Orchestra (QPO) and the U.S. Air Forces Central Band (AFCENT Band). The event was hosted by Qatar Museums and the United States Embassy.

Introducing Friday evening’s concert were His Excellency Salah bin Ghanem Al Ali, Minister of Culture and Sports, Qatar; His Excellency Sheikh Meshal bin Hamad Al-Thani, Ambassador of the State of Qatar to the United States; and Ambassador Greta C. Holtz, Chargé d’Affaires, United States Embassy in Qatar. The concert marked the beginning of a year of specially curated exhibitions, festivals, bilateral exchanges, and events to be held in both nations.

The Qatar-USA 2021 Year of Culture is intended to enhance cultural and artistic exchange and exemplifies the renewed commitment of the two nations to foster mutual understanding and promote intercultural dialogue. The launch follows the signing of a cooperative agreement on 14 September 2020 between the State of Qatar and the United States of America during the 2020 Qatar-United States Strategic Dialogue in Washington, D.C. The Year of Culture program was first launched in 2012 with Qatar-Japan 2012 followed by Qatar-UK 2013, Qatar-Brazil 2014, Qatar-Turkey 2015, Qatar-China 2016, Qatar-Germany 2017, Qatar-Russia 2018, Qatar-India 2019, and Qatar-France 2020.

Commenting on the concert, Her Excellency Sheikha Al Mayassa bint Hamad bin Khalifa Al Thani said, “Music truly is a universal language, speaking directly to the heart, as we learned once again through this stirring inaugural concert for the Qatar-USA 2021 Year of Culture. With the warm collaboration of our Embassy in Washington, DC, under the leadership of H.E. Sheikh Meshal bin Hamad Al Thani and with the partnership of our colleagues and friends in the United States, whose distinguished Ambassador Greta C. Holtz honoured us with her presence at the concert, we expect this Year of Culture to deepen the understanding between the people of our two nations, expressing our shared humanity and strengthening the already substantial ties between Qatar and the United States.”

Ambassador Greta C. Holtz, Chargé d’Affaires of the U.S. Embassy in Qatar, said, “The Year of Culture program provides an extraordinary framework within which our two nations can come together to celebrate our longstanding relationship and forge new connections through people-to-people exchanges.  Nothing could better symbolize the Year of Culture’s spirit of harmony than this musical collaboration between the Qatar Philharmonic Orchestra and the U.S. Air Forces Central Band.”

His Excellency Salah bin Ghanem Al Ali, Minister of Culture and Sports, Qatar, said, “It is important to nurture arts and culture as they play a key role in uplifting the values of human dignity based on freedom, justice and the acceptance of others regardless of their colour, religion and ethnicity. Arts and culture assist in the continuous discovery and promotion of knowledge and, alongside religion and social values, can be used as effective tools to instil morality.”

Commenting on the opening, Aisha Ghanem Al Attiya, Head of Year of Culture, said, “These beautiful performances by the Qatar Philharmonic Orchestra and U.S. Air Forces Central Band have given us our first experience of the rich and extensive slate of programs, exhibitions, and events planned over next twelve months, as our platform for new dialogues and bilateral exchanges.”

“I am pleased to join our partner Qatar Museums today at the official launch of Qatar-USA Year of Culture 2021, and to announce ExxonMobil Qatar as its platinum sponsor.” said Dominic Genetti, President and General Manager for ExxonMobil Qatar.

“As a US company and an active participant in the local community for over three decades, Qatar-USA Year of Culture 2021 is particularly important to us. It emphasizes the strong partnership between our people and our two countries that has extended beyond economics and grown into a true friendship and community,” he added.

The concert was led by Joo Young Oh, the recently appointed Concertmaster of the Qatar Philharmonic Orchestra, who performs internationally as a violin soloist and member of the New York Philharmonic. The program, which began with the national anthems of both countries, featured a variety of Qatari and American compositions, including Rising and Spirit of Thunder (Dana Al Fardan), Take Me Home, Country Road (John Denver), Fanfare for the Common Man (Aaron Copland),  Lullaby and Porgy and Bess Suite (George Gershwin),  My Heart Will Go On from the film Titanic (James Horner), Al – Haneen (Nasser Sahim Nasseb), Adagio for Strings (Samuel Barber), and Tonight from the musical West Side Story (Leonard Bernstein).